AMD vs Nvidia: Which is the best GPU

AMD vs Nvidia: Which is the best GPU

If you have confidence in building a pc for gaming, then you would have a question to choose the best graphics for your pc, either AMD or Nvidia. Since both the companies are the king of all other GPU companies and also make the best GPU’s, we cannot decide what to use.
At the same time, we also need to compare to with the Intel CPU and AMD. Since Intel is also a leading GPU company, we also need to consider it. Since the main function of this concept is graphics, but also we will se to its drivers, powers, efficiency and pricing. 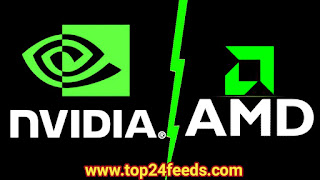 The war between AMD and Nvidia starts between later 90s. Nvidia, as a leading GPU producer, it’s graphics cards ranks on the top with pc builders and pc gamers. In financial side, Nivida is more than three times than AMD. This shows Nvidia’s popularity.
But we are not going to see it’s financial side, we want to know which is the best. If we start comparing between AMD and Nivida means, first we will primarily look at the Nvidia’s ampere and AMD big navi graphics cards.
It’s very much important to find the difference between these GPU’s in all factors including, the fastest GPU, most efficient GPU, budget GPU or the bang for the buck GPU.
Random Read: What is the use of RAM in mobile

Gaming is the only thing if we come across in discussion of graphics card. Most of the pc gamers are confused to buy either AMD or Nvidia graphics card. Since both AMD and Nvidia provides budget GPU’s, we cannot decide which one we need to use.
So if we consider the top GPU’s, the first will be the Nvidia’s GeForce RTX 3090, which is the king of all GPU’s. And the second and third place would be Nvidia’s GA102 and
GeForce RTX 3080. And AMD’s Navi 21 architecture took the fourth place in best GPU.
Till now we only looked on the games which run using API’s and settings which works on all GPU’s. Which means we didn’t not look into ray tracing and DLSS in this research. We also not include, fidelityFX and CPU bootleneck which plays a important role in lower resolution.
Since the price of the Nvidia’s RTX 3090 price is high in the market, many people cannot buy it easily. The GeForce RTX 3080 and Radeon RX 6800 XT gives a better performance for gaming. So, we give much importance to Nivida to top.
Random Read: How does tv channels earn money
If we look into the mainstream market, since the price is $400, it feels difficulty to buy it. The Radeon RX 6700 RX has better performance than GeForce RTX 3060 Ti. Hence we can say that it’s tied. However, AMD’s cards costs more than 20% than Nvidia’s cards. Most of the old edition GPU’s are outclassed by the new edition GPU’s. Thus Nvidia won the mainstream market.

AMD vs Nvidia: Drivers and software

When it comes in determining the best drivers and software, it is difficult to find the best, since many of them faced black screen issues in AMD drivers on RX 5000 Navi series GPUs. At the same time some of them say that they feel it is good to use.
But on the other side the Nvidia’s drivers are always best without any problems and issues. The biggest difference between these drivers is, Nvidia’s drivers have two different user interfaces. The Nvidia’s control panel also manages resolution and certain graphics settings.

Since in many cases, both the GPUs got tied on their features. But Nvidia’s GPU is long lasted in all cases even though it got tied in some cases.
Hence we recommend you to go with Nvidia’s GPU, which would provide excellent graphics for all situations.