What is the use of RAM in mobile

What is the use of RAM in mobile

In recent days, we can able to find that all mobile brands are mentioning the RAM (Random Access Memory) on the mobiles. Many of us have a doubt that what’s the use of RAM in mobile. It’s quite simple, since the mobile is also like a computer, which also need RAM for its performance.
But many of us may not be familiar with Virtual RAM or extended RAM. All the RAM’s are almost same, but differ in their size. So let’s see detailed information about the use of RAM.
Recently, the Realme company has announced its new Narzo 30 5g mobile which contains 6GB of RAM. However, by the dynamic RAM expansion feature, the mobile can get upto 5GB extra RAM, which in turn totally gets 11GB of RAM.
Realme name the “virtual RAM” as the “Dynamic RAM expansion”. Similarly, the mobile company IQoo name this feature as “extended RAM” and the famous mobile company Vivo call this feature as “Virtual RAM”
Since it is a developing feature on mobiles, only a few mobiles are made with this feature. 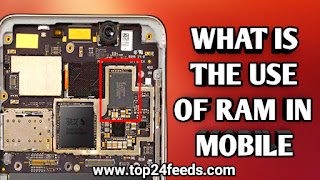 What is Virtual RAM?

Before knowing what is mean by virtual RAM, we need to know about the RAM first. The RAM (Random Access Memory) is the fastest storage unit when compared to all other storage devices.
When you click on an application in your mobile, RAM makes it to open fast without much lagging ir delay. Since most of the mobile inbuilt applications like google, youtube, settings are stored in this RAM.
Thereby virtual RAM actually uses the mobile’s internal storage as the makeshift RAM.
We can say simply that, the virtual RAM is uses the phone’s internal storage if the amount of applications in our mobile uses more RAM. This is why if we look into our mobile storage, atleast 5GB of internal storage shows as “others” and that storage is occupied by the RAM. 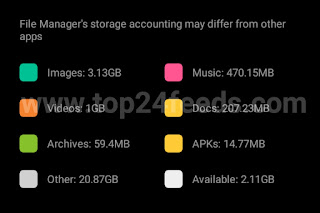 How does Virtual RAM works?

Actually, this virtual RAM feature is first discovered for computers, that too Linux users may be much familiar with this feature. The amount of RAM that can be expanded is depends on the mobile’s compatibility. Till now we can extend from 1GB to 7GB of RAM.
To understand in detail, if your phone is running 7 apps in the background and in that 3 of the apps were not performing any task but simply opened means, this feature helps to close those apps which are not in use and thus speeds up the mobile. Sometimes it can even clear the cache of those unused apps.
This is what the actual use of virtual RAM. Virtual RAM operates all the apps which are not in use or not performing any tasks and closes it. The android system decides what apps can be placed on virtual memory.

For activation of the virtual memory, you should restart or reboot your mobile.

Apps like calculator, calendar, alarms are moved to Virtual memory, since these apps doesn’t perform much tasks. This is due to the internal storage if the mobile is slow than RAM and also it cannot able to run large games and application. Thus results in lagging. Only the less usage apps will be transferred to the virtual memory while other apps remains on actual memory.

Random Read: How can I trace my lost mobile

Why this feature came now alone in smartphones?

Since technology is developing day by day, the usage of smartphones also increased. Everything will develop from computers to smartphones. Only the size and some features alone differ from computer and mobiles.
Before some 6 years, 4GB RAM is enough to handle all the application without lagging. But now the size of all the application has increased and thus this feature entered in smartphones with a great development.
This feature is more used on budget mobiles, since the mobile’s which contains low memory uses this feature more.

The virtual memory feature is more helpful for all type of users. We can expect this feature on all mobiles may be within a year.
Share this wonderful information with your friends and family.